Truth as a Weapon 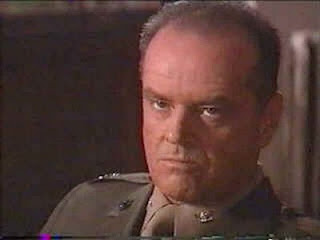 Using disguised, "noble" honesty as a means to hurt others is a simple, powerful, and potentially unwanted, unflattering string of thought that hopefully will explain some things. The idea came to me during my September '10 visit to Boise, but the truth is that it began with my half-sisters, Pam and Kim. To refresh: it was while I was at Michelle’s in June '09 that I learned how they essentially hid knowing me from the rest of their side of my family I had yet to meet. I’ve said that the tone of things changed with Andre. To a point that’s true, but perhaps the process really began during those few weeks in June.

When Mike and I arrived in Boise in September 2010, I was on the cusp of a quiet breakdown. The negativity had followed me from New York and combined with Ray and Andre to trigger a major crisis of introspection.

Continuing a developing theme, "Truth as a Weapon" manifested during yet another moment of mirroring after which I began questioning my habit of writing exactly what I thought, no matter how difficult it was for the targets to read. Ray was just one example of where my “honesty” interjected confrontational negativity into my exploits which, before that fateful visit to Michigan in ’09, I had been spared from.

The specifics are unimportant, but following one of Lynette’s famous rants, she added the by-then familiar qualifier: she was “just being honest” and “telling it like it is”. In that particular moment, instead of relating to the anger and feeling a comfortable familiarity, I glimpsed my own reflection in Lynette, and was horrified. Until that moment, I’d seen these as I'd seen my own: as courageously blunt observations. I saw this one as an ambush with a verbal baseball bat.

“Brutal honesty”. “Telling it like it is”. I’d justified my rants the same way. But, there was more to this; something familiar. Something I’d seen in another sister growing up that led me to question how often our victims of rage are actually victims by proxy? How often are they unwitting stand-ins for the real, and unreachable, targets?

After we discussed it, the conversation revolved around what was simple projection; maybe her frustration wasn’t about “them,” but her. But, before I had time to congratulate myself on my insightfulness, that mirror again shattered itself over my head demanding to know whether I do the same things, only in writing.

On a higher plane, when does this “truth” become a weapon? Unable to see the forest thru the trees, I took that question to Dave. His logical, lawyerly response: “when it becomes malicious.”

This quietly boiled over on Labor Day when, with this realization heaped atop the rest, I found myself overwhelmed. I descended into a deep, familiar pit of self loathing; one whose depths I had, literally, not seen in years. I worked extremely hard to stay in Lynette and Dave’s guest room hoping to shield them from this zombie dragon and, although they knew something was wrong, for the most part, I succeeded.

Dave’s definition made a great deal of sense: truth becomes a weapon when it's a tool used to inflict pain. Vengeance, even via supposed truth, is still vengeance. And, in the cases of Pam, Kim, and Ray, my meager vengeance was neither justice...nor justified.

Since then, I've come to wonder, how common this "truth" rationalization is in the Internet/social media age? How many use the facade of “just tellin’ it like it is” to quietly legitimize impersonal cruelty? Is this what I’ve heard described as “technological barbarism” brought on by anonymity, lack of interpersonal contact and lack of accountability?

It’s taken a great deal of humility to arrive at a point where I can admit that my anger toward Pam and Kim, while perhaps partially justified, was misguided. Pam and Kim are not responsible for the situation I found myself in with them as well as Mike, Michelle, and Lynette. Responsibility has always begun and ended with our father. For full context on when the Art of Forgiveness fails, you can click here, but here's an excerpt:

Perhaps these judgments are unfair? Who can tell? I have no way of knowing and after everything that's happened over the last year-and-a-half, I'm invoking my right to draw conclusions based on what limited information that I have. Spanning two visits, I've spent a total of 3-hours with my father in 40-years which have resulted in exactly 3-pictures and a slideshow. In the meantime, I made it clear that I'd like to get to know him better via a letter and email, and even volunteered for unbelievable anxiety by agreeing to go to their family gathering before I had even met anyone in '09. He replied by saying that it would "make people too uncomfortable." Translation: "it would be too uncomfortable for me to acknowledge him in front of the family"; a family that already knew everything!

In return for these efforts I've gotten exactly nothing from him? Not one call, letter, return email. Nothing. In fact, I learned while I was at his place in '09 that he was across the country RVing five miles from my house in 2007. What would you do? I have "done" enough.

Don't let my seeping, habitual, residual anger deceive you: whether my judgments are right or wrong, it was painful to concede that this will be the final story of the relationship with my father. It's important to know where you come from, and my patriarchal genetic goo is not from the most noble of stock, and keeping the door cracked open is becoming tedious. Irrational, unanswered hope inevitably leads to anger and whatever anger is left likely stems from extending the benefit of the doubt, exercising empathy, but being constantly disappointed and unable to reconcile how someone in his situation could be so devoid of personal honor with such a staggering immunity to shame.


The blows hurled toward Pam & Kim were the ones I can never land on my father. They were victims by proxy. Until that point, I'd always felt as though I were wildly swinging as hard as I could, while never actually hitting anyone. For the couple years, I've felt like Jenny throwing rocks at her house in Forrest Gump. Smashing windows felt good. But, the house never fell. There are never enough rocks if you're wailing on the wrong target.

Keep in mind, these events in Idaho occurred nearly 16-months ago and I still struggle mightily to put a fair filter on my words. I am the lucky owner of a primordial, fundamental anger that, while easing in two years, still lives--and probably will forever. It’s as much a part of who I am as where I was raised.

In fact, I don’t believe I would like myself without this “victim’s” ember burning in my gut. I’ve tried with short-term success to take my “edge” off and in turn find myself repugnant. I feel like a eunuch or, worse, those of you “trained” by your wives! Besides, perhaps my badge of victimhood has made me more sensitive & observational; able to truly empathize and rage toward social injustice with an added dash of hostility toward wealth.

It's all about the camel, bitches! Don't make me engage in another silver-spooned Chris McCandless bitch slapping!
Posted by Todd X at 5:47:00 AM