How's that for dramatic? To a degree, it's accurate but honestly I just wanted to use the cool title. In honor of the birth of Our Redeemer, I've decided to eliminate the full display of the f-word. For today and tomorrow, f*** will be presented as f***. Happy birthday, Jesus! 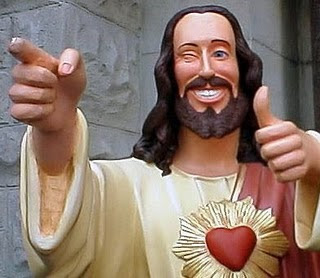 This was supposed to be a venom-filled rant tearing into some of the most basic of human weaknesses. I would like to say, "Christmas Eve is not the time for such things; I've been filled with the Holy Spirit!" That would be a disingenuous crock, although I concede that today is hardly the day to crucify anyone! Verbally or otherwise. I shant be doing much of that, but will offer a bit of some personal, clarifying insight into what's been happening with me over the last few months. It may or may not surprise you. What will surprise you is what made me realize it!

It would appear that these concepts of self-delusions and "faking beliefs" to fit a purpose have been much more powerful than I realized. It's inadvertently forced me to take another near-complete personal inventory, to "borrow" again from A.A. I've mentioned often that I've pummeled myself as much as Andre, Wendie, Chris, or anyone. It would appear, however, that I've been hammering away not only at me and my ego, but at the very foundation of my core-beliefs and looking for weaknesses. I was trying to actually CREATE then FIND fractures-of-inconsistency not only by provoking others, but myself. I must fascinate the mental health community! But, it's necessary. It bears fruit. What you've seen over the last 100 days is a public evolution!

The amusing part of this is how the simplest of things provided the proper perspective to see all of this from the inside. I was wrangling and trying to reconcile my agreement with Alison's violent rejection of "everything happening for a reason." A few scant months ago, this was a primary fundamental; synchronicity etc. Meanwhile, via the creepy-wonderment that is Facebook, I was reunited with a HS classmate, Jennifer, who commented on that post; on this very topic. In a flurry of thought, I realized that based on what she had read, she probably had NO idea that we were likely in near agreement on this. It was then thrown into momentarily crystal-clear focus exactly where I had ventured since returning to Santa Fe in September. I was continuing on a grand scale (and publicly) something I've done a hundred times in my journals over the last 5-years: subjecting my ideas and beliefs to brutal beatings to see if they'd survive. Or if I was just full of shit. As Chris so eloquently put it, I was "beating the f**k out of myself." Guilty. Not surprisingly, Chris is also of the opinion that I should be easier on myself. And by extension others.

Not surprisingly, I told him to go f**k himself. (Kidding. Or am I?)

So here's mea maxima culpa quod explicatus: If you've yet to notice, I tend to be a bit unforgiving & impatient of those searching for, or walking along the path I have perhaps already stumbled! My frustration (and anger) is born out of legitimate concern and love for people, believe it or not. I wasted too much time assuming "someone or something would show me the way" before realizing I was the one I was waiting for. So, realizing that, I have what I consider a gift I desperately want to give to myself 15-years ago! But, after digging thru my journals I was reminded of some things I learned a long time ago, and had apparently neglected to remember:


“Wisdom is not communicable. The wisdom which a wise man tries to communicate always sounds foolish... Knowledge can be communicated, but not wisdom. One can find it, live it, be fortified by it, do wonders through it, but one cannot communicate and teach it.”

"When someone is seeking...it happens quite easily that he only sees the thing that he is seeking; that he is unable to find anything, unable to absorb anything...because he is obsessed with his goal. Seeking means: to have a goal; but finding means: to be free, to be receptive, to have no goal."

And my favorite: "The deity is within you, not in ideas and books. Truth is lived, not taught." -Hermann Hesse


Before accusing me of backtracking, bite your tongue! Nothing would be further from the truth. Self-delusions are a peculiar human epidemic, but alas: perhaps they must be for the vast majority of people. We're born, bred, and die immersed in illusion. If you don't believe that, imagine a year long power failure. In this presentation, comfort & illusion are what keeps most of us sane; from contemplating the reality of mental/societal slavery. Huxley's SOMA, or Cypher's Matrix. Take your pick, but people...


"given the choice, will select entertainment...over information; citizens will prefer to have someone else handle the responsibility for their lives rather than face the burdens...; we will willingly choose slavery over freedom. Political and intellectual slavery are noting more than accepting the security provided by a benevolent authority."-Donald N. Wood Post-intellectualism and the Decline of Democracy p. 211

This is a quote that, when I first read and contemplated it, rattled me out of my progressive stupor. That being said, it's vital to understand one simple thing: I've not been intentionally attacking man-en-mass. My method is to attack ideas. The manipulation of truth/self-delusion is an idea that is, unfortunately, attached directly to the individual; identifiable on an individual level. Identifiable in all of us if we look hard enough. (Notice I didn't say "long enough"; it's there right now!) I used my previously futile attempts to quit smoking, and how the identification of them helped me to quit last month in order to illustrate it in myself. I could use many more over the last few years. In fact, I already have. Those on the email list already know, after 14-emails, what I'm talking about! I'll elaborate for the rest at the end, but if you look to the right side under archives, you'll see "2006" has appeared. So shall 2004, 2005, and 2007 very soon. Wendie (for me) and Andre in particular were powerful examples but, unfortunately, so am I. In fact, I'm living in a town I despise because of these self-delusions! Allow me over time to illustrate.

All of this probably wont mean much to my pathetic blob o' blogosphere. It's an egotistical waste of time to "try" to educate people. It's arrogance to believe you can intentionally instigate a Magical March to "Enlightenment." Why am I doing this then? Good fu****g question! It's alot of work! But, I've found my "voice"; it's just something...I...must...do. Like departing in the first place: it just must be done. That's the one thing I've written that will make artsy douchebags smile! Don't get cocky hippie; that ain't an opening.

Once I add a bit more to "2007," you'll get more of a clear understanding of what I mean by "voice." I'm not referring to the Moody Blues song The Voice or the internal compass I've repeatedly referred to. This time, I mean the message that some people feel compelled to convey. Comedians struggle to find theirs, as do radio folk. I never quite got there consistently while behind a microphone. I had access to the ideas, passion and fire, but never had the proper, comfortable venue. It's hard to talk seriously about the illusions of life between live reads for Bob's Used Car Palace and Connie's Fecal Art Emporium. Capiche? That voice is something I've been struggling to harness for a long time but as Herr Hesse just pointed out, my voice needed me to just let go. Again, one of those things that are likely to sound like jibberish unless you have a frame of reference.

That's been my week. How's yours been?

Tomorrow's Christmas, and I have a gift for all of you! This 100-days has ended. No more Don Quixote. No more self-delusion. The topic may come up again later of course, but now it's time to turn my head to what lies ahead, and there are some grand things! Laina & I are going to Boise for New Year's to meet my "new" sisters, Lynette & Shelly, and my nieces and nephews. (Not sure if Dave's kids consider me an uncle but to hell with it. I'm lumping them in!) Shelly's flying in from Ohio for the holidays, so we figured this was a ready-made opportunity to introduce everyone. Just as important to me: it's symbolically fitting! Considering what 2009 was, ending it and kicking off a new decade with Lynette & Shelly is perfect and needs to be done if at all possible. I'll write more on this after Christmas. 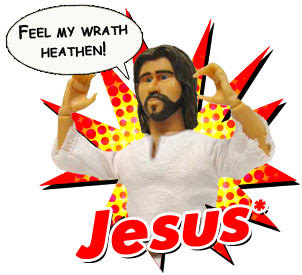 Is it me, or does he look like Val Kilmer c. The Doors?

After Boise, I'm literally days or weeks away from setting off again, this time for the ENTIRE YEAR 2010! Thanks to Katie, several Craigslist bargain hunters, and eliminating cigarettes, I've figured out how to budget from January thru December. Details are slow in coming, but I'm steadily zeroing in on a departure date, likely the middle of January but possibly sooner depending on how things go in Idaho.

Let me know if any unaltered f-bombs snuck through.
Posted by Todd X at 4:00:00 PM