I'm not doing so well at the 'updating more often' thing! In my defense, there hasn't been much to update over the past week. We were waiting for Bruno's bike to arrive, which it did Friday, and for a package from Montreal which should be here tomorrow or Tuesday. After that gets here, we're all set and will probably leave the next day.

He took his bike into Campus to get the cassette replaced, and we enjoyed arguing with the jagoffs in the repair department. There seemed to be some conflicting information regarding the 'estimates' for the repairs on the bike. Come to find out, there are no 'estimates'! They charge labor based on the 'item' rather than 'time spent'. So, there are "quotes" rather than "estimates"! With me so far? There should NEVER be ANY difference in "quotes" between different people unless one is skimming, incompetent or simply too lazy to learn the pricing scale. Guess which it was. Yep! The second guy we talked to was simply too lazy to get off his ass and look up the charges! When we pressed him on it, he seemed to be quite inconvenienced and annoyed! God forbid someone would want to know what they're paying for!

Come to find out, they in essence charge $60/ hr. for labor; $1/ minute according to this guy's own estimate. He invited us to 'check around' and compare, which we did. Suffice it to say Campus Bike's 'service' department wont be touching my bike again. It seems like people would realize that hammering people for money once, trying to take advantage of them, then becoming indignant when they demand an explanation of the bill, thus not having them return, is less profitable than repeat business and word- of- mouth! Same story... everywhere. I'm particularly pissed in this case because of the amount of money I've spent there over the past 6- weeks. I hope that the $15 in labor is worth the lost business. Foolishness.

We decided to get the Pocketmail, but after it arrived Thursday, discovered it didn't work! We sent it back and are supposed to receive a new one tomorrow. I was on the verge of saying to hell with it, but it seems useful for things like this. If there are any problems with the next one, "To hell with it".

The weather here has been a dose of reality! It's been a roller coaster between sun, snow, wind and some rain. Fall in the Rockies! We took Bruno up into the mountains Friday, and found ourselves in a snowstorm. Some areas got up to 2- feet of snow, and I-70 was a mess: 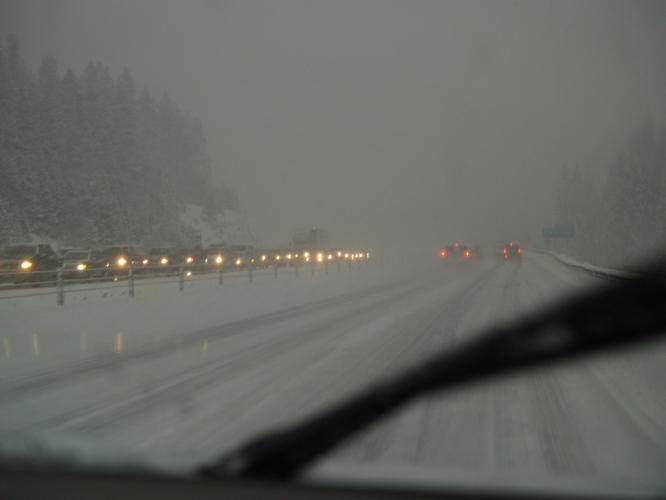 I suppose the snow causes the nuts to fall from the trees: 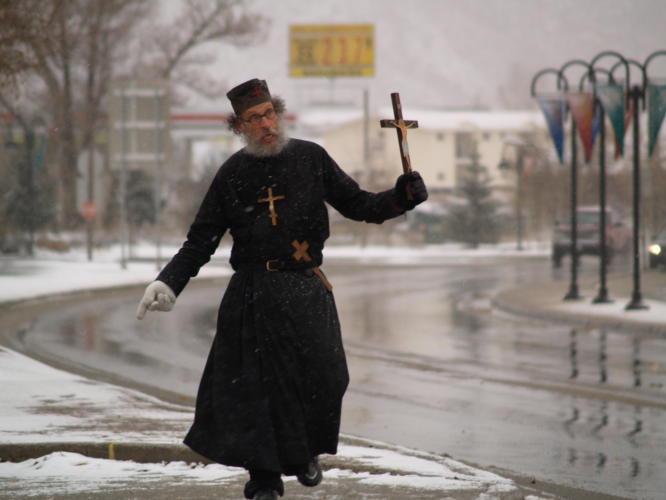 "O" is for obedience!


Yesterday, we decided to go to the Denver Zoo, since it was free. Had fun; took lots of pictures. 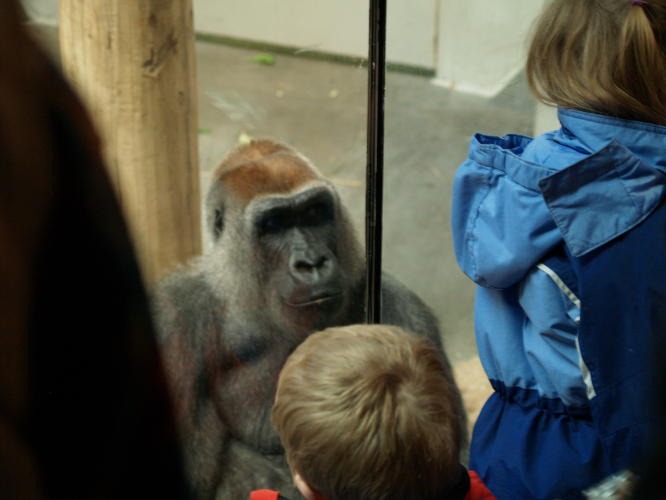 Other than that, we've rented movies, talked and just chilled in the 8 days he's been here. Nothing terribly exciting, but in the next few days we'll make up for that.

One development may be a change in plans- again- about the route. We've discussed going straight to Mexico, and seeing how far/ long we can go, and suspending California/ Arizona. Bruno's all about it, but I'm not sure that's for me. I'm still in the pondering phase. Going to Tampico to see a friend is one thing; heading toward Central America is another.

It's funny the conflicting information you find! Some people equate Mexico as a third- world country filled with savages who prey upon 'poor helpless' Americans! Others have no problems whatsoever traveling solo and self- sustained, all the way to South America. It's made me realize, and further embrace one of the fundamental reasons for this trip: stripping away influence and 'imposed fear'. Seeing things with my own eyes and drawing my own conclusions. Between the media, hippies, neo- cons, religious nut jobs and politicians, a person can't hope to cut through the 'bullshit' on their own without personal experience to draw upon. I'm of the belief that the 'bullshit' runs just as deep on both sides of the ideological river.

Personally, my mind has been quite agitated. Too much to think about; too much idle time. I've been a bit moody! My girlfriend didn't really like the fact that I mentioned our 'disagreement' on 'spending time', but I believe now she understands why I asked her NOT to pass the link to this page along to her friends and family! The positive side of that is that we've, somewhere, come to an understanding (?) on this.

As I get closer to shoving off, I'm becoming more aware of the "Anxiety of Departure" that seems to be a common theme in most epics. Leaving everything you know and care about for uncertainty is difficult. In some strange way, I'm enjoying that anxiety. I suppose that comes from expecting it.

Bruno and I are going to dig into maps today, hammer out a rough initial- route. Thanks for the info/ suggestion regarding 285! I love that route, but never really gave much consideration to it as it pertains to this! We'll definitely look at it today and let you know what we decide. If anyone has experience/ thoughts on Mexico, I'd love to hear them. Baja????

More from the zoo: 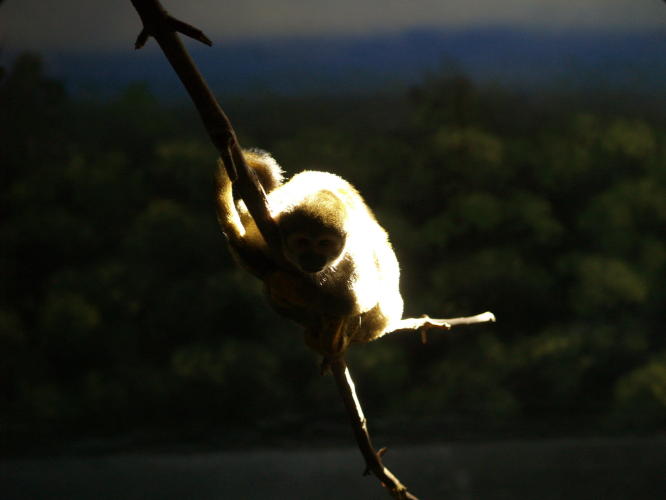 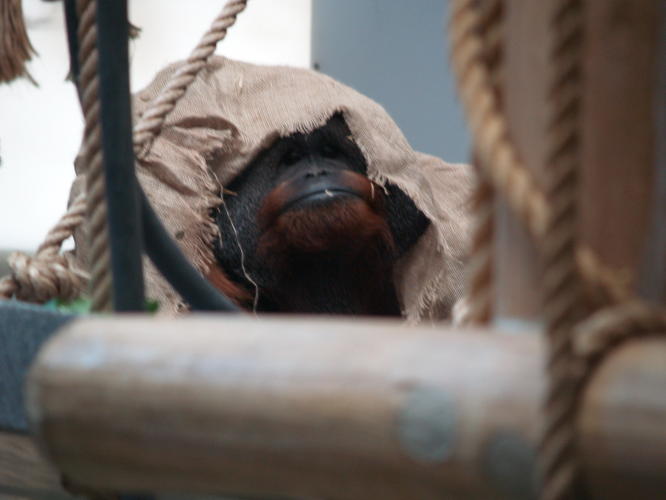 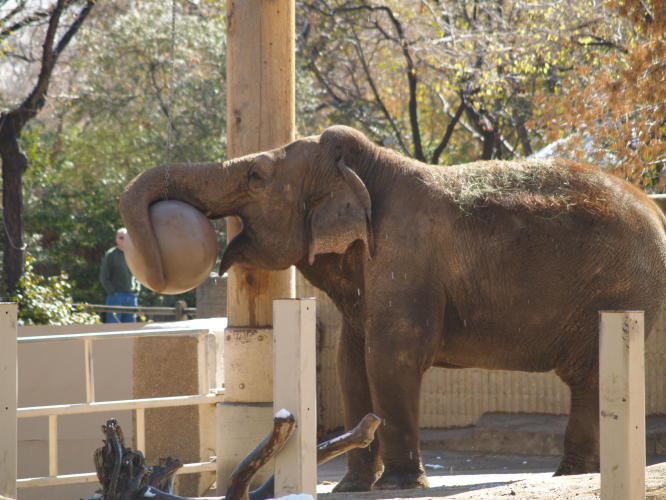 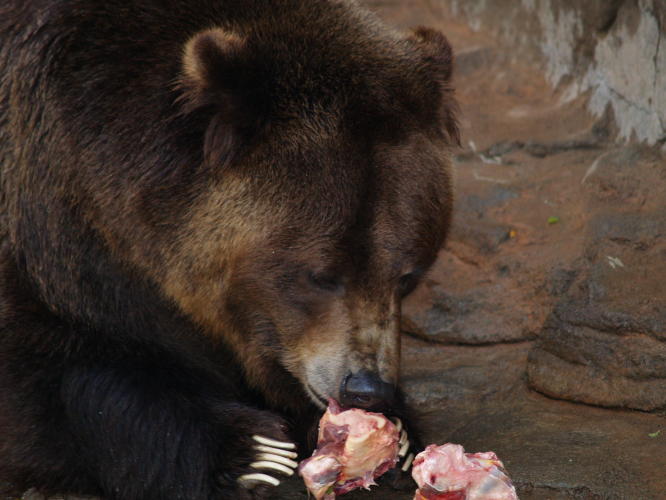