The decision was a no-brainer. We got the details on the snowstorm heading for the front range, and heard forecasts of up to a foot of snow with sustained winds as high as 60 mph, and gusts to 90! The options were easy to weigh:

1- Ride it out (HA!)
2- Get a hotel (almost as outrageous)
3- Ride back from whence we came and try again after the storm moves through

Since we were only 20 or miles... on a direct route... it was easy. We packed up my first stealth camp and turned back. 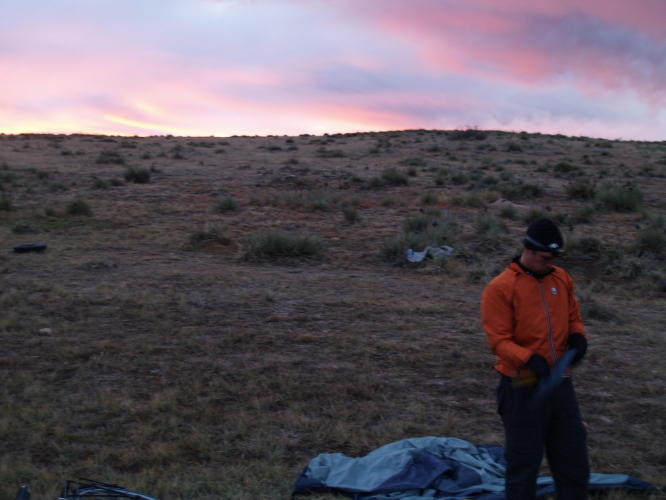 First campsite.Tearing down as the sun comes up.


Normally, this would seem like a setback, but not so. I discovered about 20 minutes in to the ride the day before that I had packed entirely too much! It was suddenly becoming obvious what I could do without, and that list was getting longer with the mile. By Wednesday morning, I was glad to be able to drop that stuff off!

We initially intended to just retrace the C-470/ Platte Trail, but my experiences on the 470 Tuesday didn't exactly leave me missing it. We stopped off for breakfast at Le Peep at Quebec & 470, and relaxed for a few minutes and decided this would be a good opportunity to get some real street riding experience, fully loaded and good practice at finding our way on the fly. So up Quebec to Dry Creek, etc. We cut and weaved our way home, at a nice slow pace (no hurry, right?) and enjoyed it! 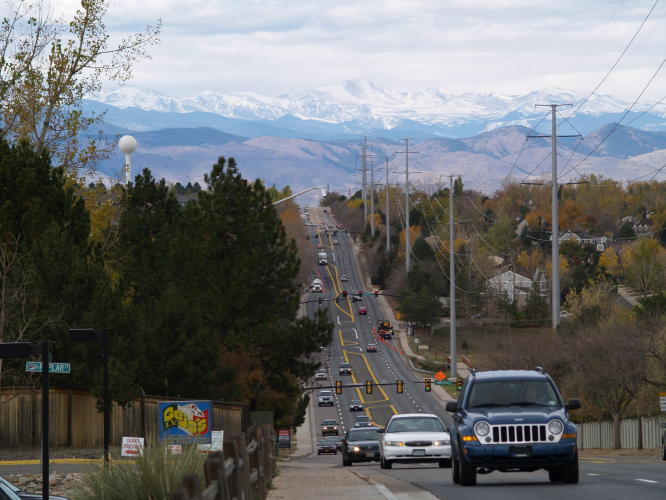 Heading home ahead of the snowstorm.

Just as the first rain drops were falling, we got back. Some 27 or 28 hours after we left! Eventful 27 hours it was. The place had a different vibe when I walked in. Now and again, it's good to disturb the 'assumed course' of events. For those of you who've seen "The Hunt for Red October", I equate it to a 'Crazy Ivan'. The look I got from one of our roommates when she walked in to see me was PRICELESS!

But, it's fun to stir the shit now and then! I was particularly interested in the visitor she had while her hubby was at work and my GF was headed out to her job! It makes me appreciate what I have. A little perspective does one good.