Since this is my first tour, I had to start from scratch! I didn't even know what a 'pannier' was in March!

The first decision, obviously, was a bike. After asking alot of questions, doing much reading, and buying my first 'touring bike' off of Craigslist, a mid 80's Peugeot for $100, I decided that since I lack expertise I should get something that's reliable and has a good record of satisfaction. Since I couldn't afford the Koga World Traveler, I decided on the Trek 520. I got it from Wheat Ridge Cyclery, and wish I hadn't. Had I bothered to ask around a bit more I would have found other places that were willing to swap components, such as the stem for instance. Lesson #1. The bike itself has been excellent however! 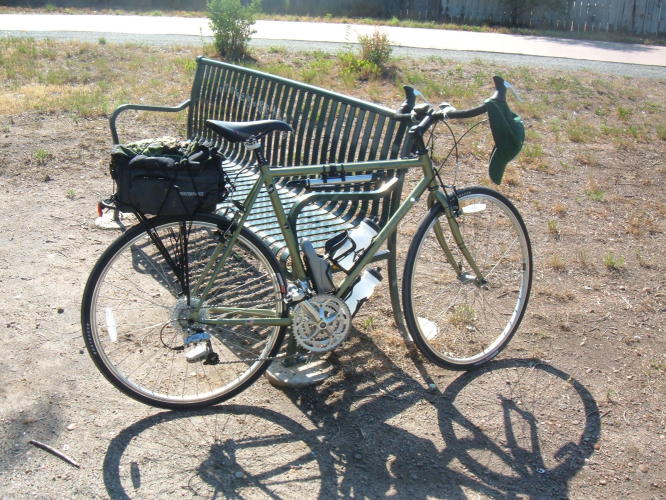 Since the purchase, I added a Brooks B-17 Standard and SKS fenders that I purchased from Wallingford Bike, simply because of the SIX MONTH return policy on the saddle! The Brooks however will NOT be going back. The fenders have again been replaced by Bonrager '45's' to accommodate the wider tires/tread. I've also added a Jandd Mountaineering full front rack and a Tubus Logo on the rear. I've replaced the Bontrager 700c x 32's with Michelin TransWorld 35's and may replace those with the Schwalbe Marathon XR's before I leave. At the very least there will be a pair of folding XRs in the panniers. 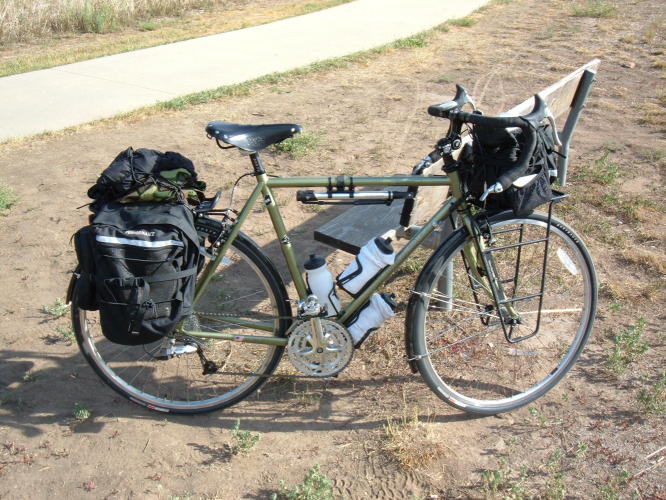 The panniers are the most agonizing for me, simply because of my reluctance to spend money! In the end however, I decided on the Arkel GT-54's. Big mothers! I found them in stock at Campus Cycles, and in addition to the panniers felt fortunate to find a dealer I can trust. More on that later...I'm probably going to roll with some Performance panniers up front. Simply because I already have them! I'll rely on my ingenuity to keep things dry up there (read: garbage bags).

I'm going to carry both a tent and Hennessey Hammock at the outset, and probably ship one home. The Hennessey is light and takes up little space, so we'll see. I'll also be taking my 2-man three-season tent that I picked up at the Coleman Outlet store. Checked the REI garage sale; it was a big waste of time. 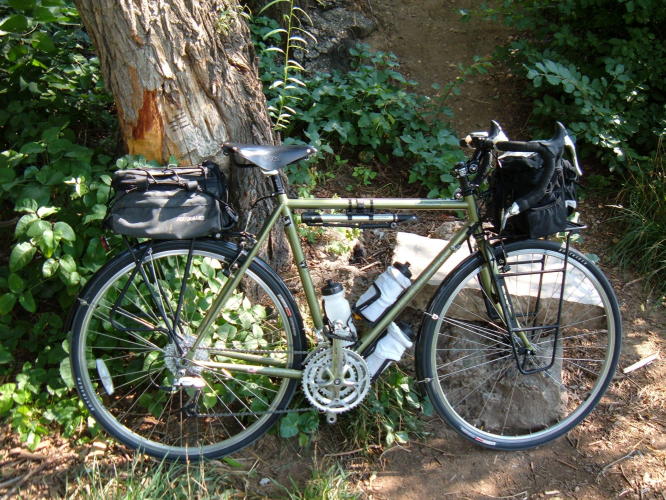 -Kryptonite 'New York' lock and will carry a cable for tires/trees.

-MSR Whisperlite International stove and a cooking set as well, as I intend to spend as little on food as I can; lots of oatmeal!

I'm sure there are things I'm forgetting. Let me know if you have questions or suggestions!

As for bike shops. What is the matter with these people?? There are exactly two bike shops I trust. Campus Cycles and Denver Bike. That's it! Between the profiteering at the expense of inexperienced shoppers and borderline indignation, I've come to appreciate patience and honesty. Campus Cycles got just about all of my business until we got a look under the belly of the service department. Just like Turin, they seem to be annoyed to the brink of violence by someone with questions! On the positive side for Turin, Leslie is the most knowledgeable and helpful person as far as touring goes. She sold me the 520--even though I didn't buy it there.

I'll never set foot in Collins Bikes on Colfax again. Adventure Cycling was fine, but I was disappointed in their selection. I'm not sure there is anything more annoying than 'bike snobs', and that attitude really has no place in retail. I'm sure the folks at Campus were happy that many of you are asses, since I'll be buying products much longer than I'll be ignorant. However, after the experience with the service department (see 10/22 update), and considering how much money I've spent there, I may be back in the market for a bike shop.

I've read alot of journals about people who profess to go on strict diets and riding regimens. That's great for them, but I still eat and wont lie and claim to ride 200 miles a week!

My training has consisted of commuting to and from work, and riding anywhere between 30 & 45 miles about twice a week. To my credit, I try to carry a decent load on the bike and seeks out the hills but I have a problem with destinations. I really don't like to set mileage goals because it takes the spontaneity out of the ride; and hate re-tracing my route. I could get 'mileage' on a stationary! I ride whenever and however long I feel like, and make sure I enjoy myself!

I'll update this page a week or two into the trip, and let you know how I feel then! Deal? 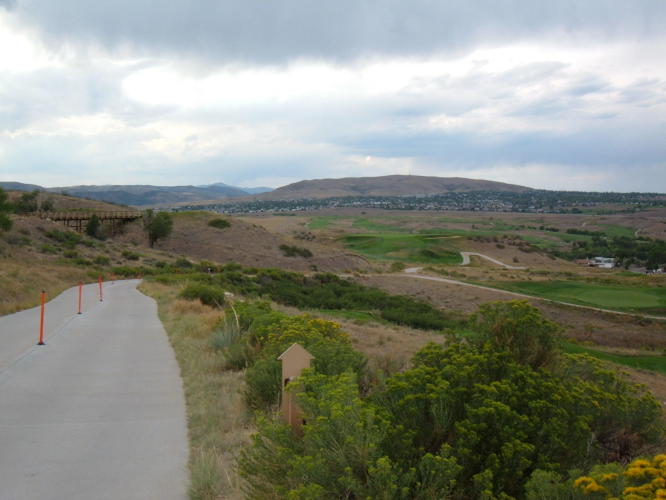 Some "training" terrain, on Mt. Motherfucker, as I affectionately call her. 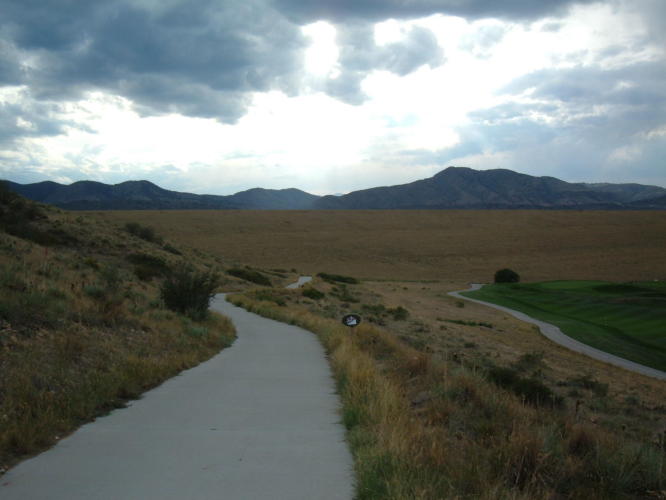