It was clear Saturday morning that I probably had contracted at least a mild case of bronchitis; my lungs were on fire. When I was young, I came down with something-bronchial about once every winter, but had avoided anything beyond chest colds for many years. My primary concern now was getting either Pneumonia or Swine Flu, which was making its rounds through Phoenix. Chris had given me some generic antibiotics, but in my eagerness to cut weight, I had deemed them unnecessary and mailed them home on Tuesday! If this WAS bronchitis, and I were to resume traveling from Phoenix, it would be Mucinex, rest, and simple hope that allied with my immune system.


Late in the afternoon, I received a call from Chris. Oscar had dropped him on the other side of Tucson, and Chris was already complaining that he wasn't making progress. No one appeared interested in stopping and he offered that he seemed destined to walk that night. While I sympathized, I was on the lookout for these "signs" we once talked so much about...and uninterested in spin. This sure as hell sounded like one, not just because of the circumstances, but also his tone.

As the day progressed, so did a sense of familiarity! It began to resemble Port Townsend, particularly at the end in September when my body trumped my ego's urge to keep going. I spent the afternoon updating and coming to the realization that Phoenix was done. There was no need for me to stick around just to "be sick." I was close enough to do that from home where I'd be better armed to fight this off. And, what was I going to do if I went back to Slab City with pneumonia? Cough, hack, and whine about it in the bivy? What, pray tell, would that prove? No, fuck that. My self esteem's fine! Despite my well-documented arrogance, I can handle humility and common sense!

This visit had also run its course as far as El Jefe was concerned. The bus was scheduled to leave Phoenix at midnight, so we had about an hour to hang out after he returned home from work. Start to finish, this had been a good visit and I hoped that Chris and I had left at least ideas, perspective, and encouragement with him. He probably would have let me recuperate there, but I wanted to bow out gracefully and thank him with my absence; let him have his space!

It slowly became clear what this Slab City excursion actually was, and it was NOT the beginning to 2010 as I had assumed. It was a preamble. The shaking loose old habits, crutches, and dormant mindsets. It acted as a rubbing-of-the eyes, and things felt a bit as though 2008 & 2009 themselves had collectively ended; that a whole new cycle had begun. Indeed.*** 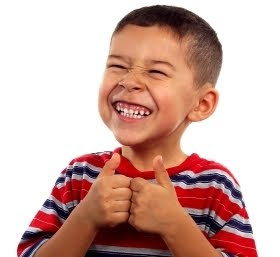 Who loves his metaphors?

Before I knew it I was at the shiny new bus station, and cursing Greyhound again. Naturally, the bus was 2-hours late before it even left, and guess what! It was the SAME driver as from Albuquerque to Phoenix with 10-days before! The very same who had left us sitting unattended for 2-hours at the closed Flagstaff terminal with NO explanation! WONDERFUL!

A snowstorm had closed I-40 east of Flagstaff, so there was yet another twist: my bus would instead be re-routed SOUTH on I-10 and through Tucson. That meant I would pass within yards of Chris, who I envisioned I would witness huffing down a frontage road in the middle of the night! 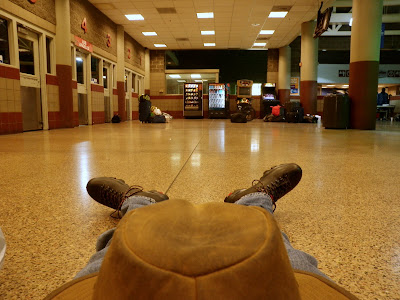 That never transpired, but there was one final piece of coincidental irony. One of the kids in the van going in to Niland to "sign up for government cheese" the day we left Slab City was on my bus and heading home to Virginia.

It far from earth-shattering but served as a useful, centering reminder: focus on the complete tapestry of the last ten days, not just the last 48-hours...
Posted by Todd X at 5:53:00 PM