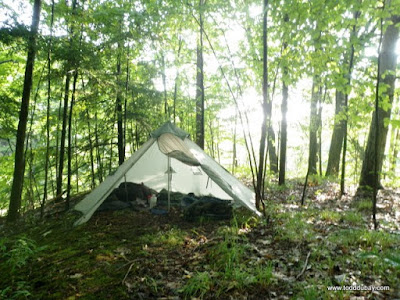 Monday night’s deluge gave way to Tuesday’s sun and its accompanying humidity! For most of the morning, I organized, repacked, and lingered in the woods trying to recall how to function out of a backpack and contemplating my route north. I could either follow the more scenic, but rural/touristy, road along the shores of Lake Cayuga, or turn west toward Trumansburg and Route 96.

Wanting a library (and to avoid tourists), I decided on the latter. With that, I crossed the road to the campground for water--much,to the chagrin of some of the paying campers--and was off.

It was a mile or so to the Taughannock Falls upper vista point, all uphill--nearly killing me, but the views made it worth it. As I finally began descending down hill and towards Trumansburg, I noticed that I hadn't noticed the shoes; they seemed to be functioning quite well with no sign of heel-blisters nor any other discomfort besides sweat. If I was going to walk more, as planned, avoiding blisters was critical! 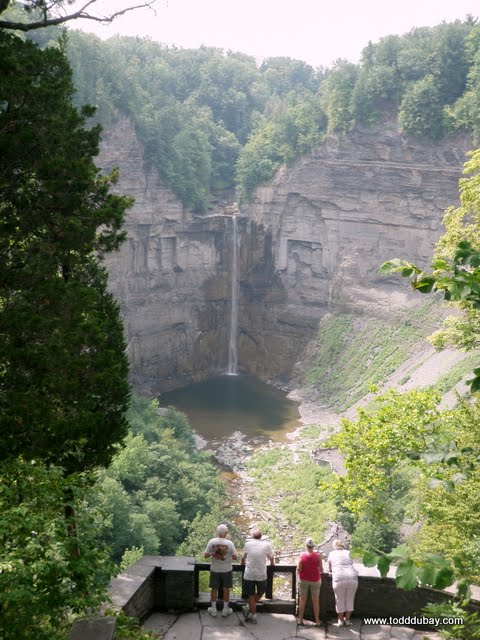 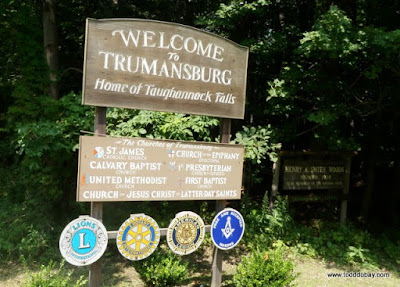 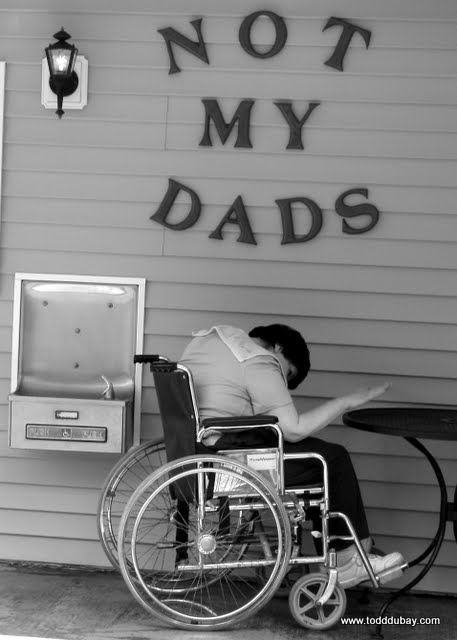 A few miles to the west lies Route 96 where I turned north into Trumansburg, a quiet, quaint, typical little upstate New York town. After a quick break at an ice cream shop, I found the library, uploaded pictures and checked e-mail.

Unfortunately, on the other side of town I began to feel the familiar signs of an embryonic heel blister! I had forgotten to put antiperspirant on that problematic left heel that morning- hoping it would help prevent these- and now I was left to simply pray it wouldn't worsen. Thanks to a well-placed Dollar General outside of town, I picked up some V8 and canned food, set up shop on a picnic table, and spent the next couple of hours writing, drying my feet and the Origami, and cursing humidity! 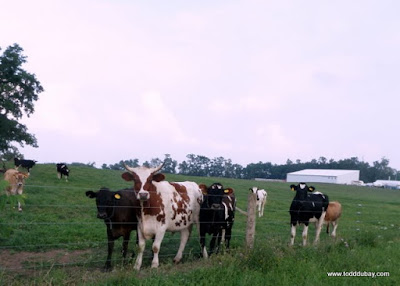 I debated hitching but food, rest, and the antiperspirant trick helped! I walked a few more miles until Ed picked me up--unsolicited--on the other side of a tiny unmapped town just as I began considering looking for a place to camp. He attended college in Ithaca, stayed at what he described as a "communal" house, and was now on his way home to Rochester. He and I talked about civilization, and Net Neutrality's likely demise at the hand of Google & Verizon. It reminded and reinforced to me that as a general rule, there is absolutely nothing of higher importance and priority to the people inhabiting this planet than wealth.

45-minutes later, Ed literally dropped me off at the New York Thruway; a truck stop at I-90 and Route 14 near Waterloo. I found a place to camp in a woods close to the Thruway and elected to wait until Wednesday to decide rather to hitch the toll road (illegal) or continue north along Route 14. I knew that I wanted no part of Syracuse. In fact, I was willing to go all the way around it if I needed to!

Setting up my little camp was MUCH more efficient this time, despite the fact I needed to be much more stealthy. The repeated packing/ unpacking/ organizing had beaten me back into my routine... and I was happy for it! Packing in the living room is fun, but I always end up figuring out the best way to organize by doing it! There’s a lesson or a proverb in there somewhere... 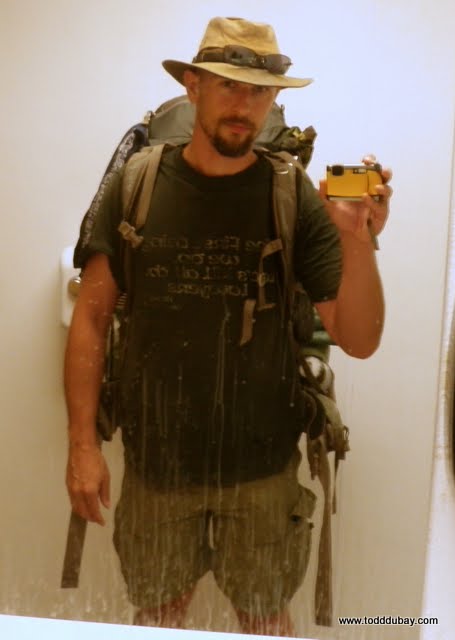