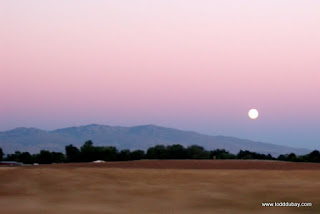 Dave worked a full day, but once he was home we embarked upon a remarkable chat concerning the results of one losing their religion or spiritual compass. Considering his background of renouncing Mormonism after climbing its ranks, Dave has a rare, fascinating, and original perspective and personal experience with it. I explored how my loss of "trust-in-the-compass" coincided with the negativity I seem to attract lately; at least since the Chris rants of February, if not all the way back to Andre. The conversation eventually turned to forgiveness (or lack of); giving people, myself included if not first, permission to be, as Ray put it, flawed.

Beyond that, I believe I have lost partial sight of my original goal: truth. I’m afraid some of my political rantings have encouraged the adaptation of the base habit of preferring to “appear” right” than being right. 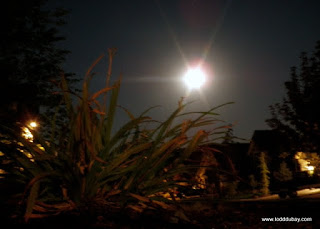 I’m in an odd place. I still crave answers yet am still caught entertaining both petty regret and a want to go home; give up this quest and build some sort of life. My priorities have abruptly altered and suddenly there are more important things than an intellectualized ego quest.

Yet, as 40 prepares to strike in a few weeks, I’m not yet willing to embrace a domesticated pasture. Looking around my current setting I see the organic fruit of this "quest": Lynette, Dave, Ben, Brad, even their cat! Without this “quest” for the indescribable, this current scene, along with its characters, remains unknown and unresolved. This part of life remains banished to the same oblivion-of-waste as the previous four decades.

As I suggested in May, I need to find that positive spot; that place where I am putting something positive back into the world. I’d love to spend a month here pickin' brains! 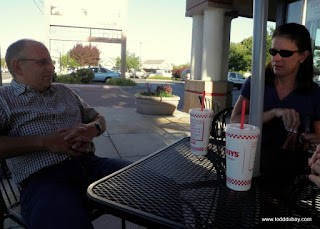 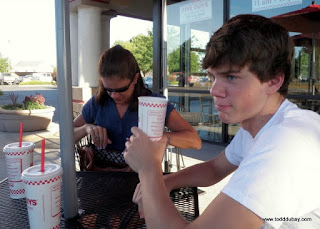