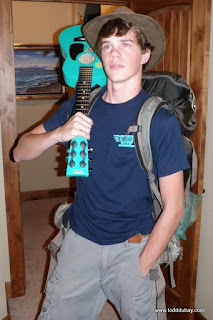 Mike, Bobbie, and Ally returned from a quick but perfectly enjoyable visit to Bend and their plan is to return east as soon as tomorrow, depending on what I decide to do. I honestly don’t know what that will be. I’m inclined to stay and head toward Portland again; of course, there’s always something unresolved. I also could have them drop me in Cheyenne to hitch or catch a bus home, or suggest a return through Colorado where they could drop me in Denver. 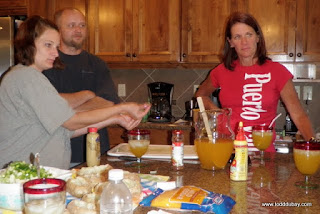 The "where" no longer matters. The question is "whether" to continue on at all, and I’m on the edge of capitulation. I have something to lose, and that sense of possible loss is both new and troubling.

As Dave put it yesterday, this is a period of huge transition. It’s one highlighted and accented by a quiet, poignant, frustrating regression. A useful one. I’ve gone creatively and spiritually dormant over the past six-months; since Ray. The negativity is wearing me down, making me tentative; I’m questioning both myself and my ideas; my character and the stability of the intellectual and spiritual ideas that now seem to have vanished. Nothing is new here. I’m either going to fight through it or cave in and return to “life.”

That’s a bit disingenuous; there’s no “returning” to that old life, thank God. The life I'd rejoin now was created by this "quest". Only by stepping out have I found the means and the courage by which to confront demons. Only by stepping out have I taken control of meeting Michelle, Mike, Lynette, and their families. Only by silencing family and childhood narratives; forcing a relationship with reality--for better or worse--have I found a semblance of relative peace. At times it seems there’s nothing left to confront, and I actually miss that!

The novel-euphoria of “new family” has worn off, as I’m sure it has with them and their new "brother". I’ve begun to incorporate Michelle, Mike, and Lynette into life on a practical level. My life feels to be unmistakably on the edge of a radically new phase. Not just my 40’s, but something much more significant. I don’t know what that is, but I know it’s coming.

As I look back over the last 2 1/2 years, the course of events and changes are staggering, and much of that’s been due to brazen confidence and/or arrogance; something I’ve lost and want BACK! I’ve not missed this kind of anxiety one damn bit, but to be fair, its absence has likely left me a little complacent.

Another day or two in Boise? We’ll see. 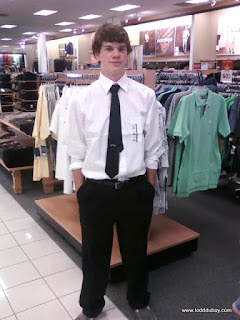 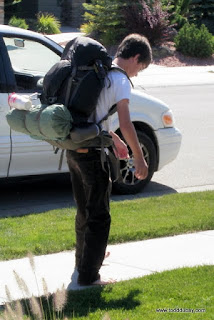