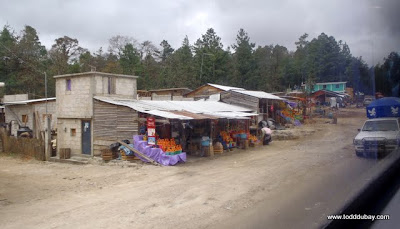 There are areas where we as Americans have failed miserably. Public transportation is one. When Americans think of Mexican buses, they think of sweaty, overcrowded, chicken-filled, mechanically questionable jalopies lumbering down underdeveloped, bandit-filled roads. While I’ve heard they do actually exist, the general stereotype is horseshit.

Settling in aboard the Cristobal-Colon coach bound for San Cristobal, I thought of the South African woman I shared an over-packed Greyhound with in ‘08. She found American buses disgusting, the customer service appalling, and put the blame squarely on Greyhound’s monopoly. Although Cristobal-Colon is a Mexican second-class line, it’s one of several to choose from and in direct comparison, Greyhound is clearly the cattle car company in the conversation!

Due to bizarre ticketing, it was cheaper to go to from Tulum north to Cancun...then back thru Tulum before continuing the rest of the way to San Cristobal, so we returned south along the route we had come just a couple hours earlier along Quintana Roo’s Yucatan/Mayan Riviera coast. We again passed Cozumel, Playa del Carmen, Tulum, and a few hours later approached the Belize border before turning west at Chetumal. Overnight, we crossed the states of Campeche and Tabasco, turned southwest, and in the wee hours of the morning finally entered Mexico’s southernmost state, Chiapas.

Fighting off the cold, I slept all night so saw nothing between Chetumal and Palenque. However, I felt plenty! The first thing I noticed in Mexico was a relative lack of order on the roadways, and the fact that speed bumps (“topes”) are everywhere! They often appear unmarked and out of nowhere forcing drivers (including those driving buses in the middle of the night) to choose between slamming on their brakes or potentially damage their suspensions.

It also appears that topes perform another role in rural Mexico: that of traffic cop. I never saw anyone one pulled over, and there surely are no policia drawing paychecks for just writing traffic tickets! It’s as though they take the attitude of, “Wanna speed? Enjoy your topes!” As I found out later, they’re even integrated into the occasional village’s entrepreneurial spirit.

Sometime early in the morning, I woke up to find the bus stopped and surrounded by fully armed, uniformed soldiers at the Tabasco/Chiapas border. Due to narco-trafficing and the now-famous drug violence in the northern part of the country, military and/or federal police checkpoints regularly accentuate the experience of traveling Mexico's roadways! They don’t check everyone, but you’re occasionally forced to present your papers and to submit to a vehicle search.

Despite the media’s blood-orgy, these checks still run counter to “probable cause” and everything we, for the most part, still refuse to passively accept in the States, thank God. At this point for me, they served as a critical reminder that I was not “in the States.” My combative attitude toward our “authorities” performing unprovoked “papers please” checks needed to be quickly and effectively stifled. Vocal idealism is fine, but not at the price of Mexican jail!

Once through Palenque, the sun rose and I finally saw firsthand the intense, raw beauty of the “Palenque Road”; a road destined to become very familiar. We were still at a relatively low elevation and partially surrounded by the jungle that conceals the famous Mayan ruins, but that quickly changed as the bus continued to climb along an increasingly dramatic combination of switchbacks and topes that made for a public transit thrill ride! Our driver insisted on using every millimeter of each side of this mountain road including nearly non-existent shoulders that often overlooked a cliff hundreds of feet high! He drove at top possible speeds, passing with at least feet to spare, and...you get the idea. “This fucker’s crazy!” was muttered more than a few times.

Snaking through these mountains offered the priceless, rugged vistas combining the type of jungles and mountains you’d expect to be concealing guerrillas. With the area’s revolutionary zeal, history of revolt, and the occasional Zapatista village, Che Guevara’s image is never far away, but even so in this setting I expected to see him sitting next to the road sipping mate' & reading Neruda.

With daylight finally came a glimpse of at least a portion of Mexico Real. As much as I had enjoyed myself, Tulum is not Mexico any more than Las Vegas, Hollywood, or Branson is the US, but until now there was no personal, firsthand image of what it actually was. That steadily changed as we crept through numerous, scattered indigenous villages between Ocosingo and San Cristobal.

A tidal wave of thoughts and observations struck, many about where they lived. Many homes were simple, one room, hand built wood shacks with tin, or even tarp roofs, and open glassless windows. Livestock roamed along side the road, and everywhere I looked, people were working…but were not “at work.” Men, women and children were all tending to land, hauling wood by hand (or often by “head”) up steep mountain grades, or tending to their never-ending string of convenience stores and little cafes, which all sported Coca-Cola signs!

I was so astounded at the sheer volume of Coke signage and advertising, that I was reminded of United Fruit’s (Del Monte) famously horrific exploits just down the road in Guatemala and began to try to photograph them! 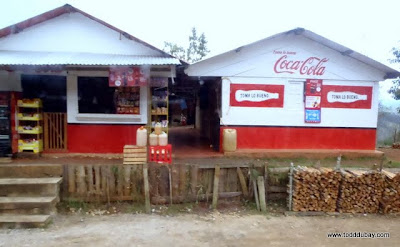 My Mind’s Eye of Acceptability was still stuck on “America,” so the sight of what appeared to be simply a case of profound poverty and was initially quite troubling. However, at the same time something quietly told me that I just didn’t get it. How could I? That little voice warned me that maybe, just maybe, that was the cantankerous arrogance of an ingrained, rigid perspective. I love that little voice.

Something else that stuck out was that more often than not the women and girls were dressed in handmade sandals and traditional clothing that, being a relatively unfamiliar gringo, at first reminded me of Mexican Renaissance Fair costumes. I take no pride in admitting that, and mean no overt disrespect toward those who dresses up for ren fairs; at least no more than they've come to expect!

The soon-to-be stock phrase was, “you’d never see that in the States!” I would utter it a thousand times in the coming weeks, and it was not always meant as praise for American regulation, though at times it would be. It not only applied to things like 5-year olds playing in the road or chopping wood with an ax while their 7-year old bother cuts jungle overgrowth with a machete that's as tall as he is! It consistently applied to different aspects of everyday life: along side the road, on the streets, and in the local markets.

I repeatedly thought that this may be the unregulated Utopia some with a certain anarchistic or "teabagging disposition" strive for up north! It was also not lost that if you told them they were really fighting along side a corrupt plutocracy FOR a Mexican way of life, they’d punch you in your “commie, Mexican lovin'” mouth! Regrettably, that point would be driven home later with the attacks on collective bargaining in Wisconsin seasoned a little unique “outside” perspective.

Approaching San Cristobal, I realized that what I was seeing could be, if taken out of context, stolen from some generic publication decrying Mexican poverty and misery. Or worse: a Sally Struthers infomercial demanding my 35-cents a day.

At the same time, I could relate to what I saw. From my air-conditioned bus seat, I thought back to my own original dropout, self-sufficiency aspirations for this odyssey when I set out for the first time in ‘08 and how I would have enthusiastically embraced this back then. On some level, I admired that they had held on to a centuries-old way of life for themselves; one seemingly independent of the global economic machine. I loved how their world essentially ended at the horizon. I wondered if that apparent independence was worth sacrificing all of our creature comforts. Was there was something else at play here that transcended TV’s, cars, windows, doors...indoor plumbing?

Laugh if you like, but after miserably chasing the ghosts of careerism, ego, and financial trophies for years, I know there is. There's something about building and maintaining something sustainable with your family from the ground up that appeals to people at a deep, primal level. This is an ancient agricultural,  pre-industrial revolution way of life that, for all intents and purposes, was annihilated by "specialization." Some still reject the notion that the satisfaction this "building" brings can simply be bought.

I believe I got the metaphorical indigenous answer to my "is it worth it" question repeatedly as I detected unmistakable looks of disdain from the some of the villagers as we passed through. Not the, “Golly, I wish I had that” looks you would expect from the oppressed, miserably poor but rather looks of, “Get the fuck out of here.” But, naturally, there is much more to it than that. Something more than a little Kumbaya can cure!

All this from looking through a window for a few hours! 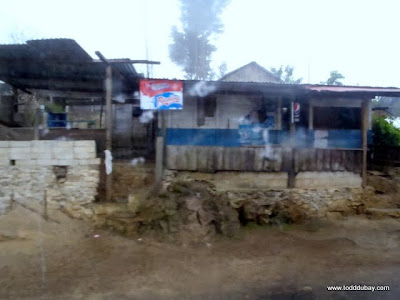 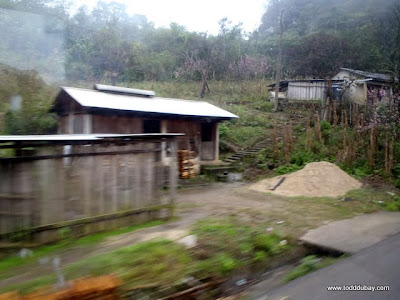 My ass was asleep, and as ritzy as it was as compared to Greyhound, after 17-hours I was ready to be off the bus as we passed a huge military instillation and entered San Cristobal de la Casas late Tuesday morning. Mexico was now about to get interesting...
Posted by Todd X at 3:57:00 PM