Like life, I've discovered that occasionally a period of time can have a life-cycle of its own. A beginning, the pinnacle, then a processing and release period. Saturday September 12, 2009 was the Pinnacle of Portland and proved to be a pivotal day. One that was not only compelling to experience in the moment, but would also trigger thoughts & ideas while planting that special variety of seed that sprouts both immediately, and again unexpectedly down the road.

Saturday was highly anticipated from the outset, but began with the sobering, first-hand sight of what was Andre's daily morning ritual of pain, drugs, and alcohol... just to get himself off the couch on which he now slept to avoid navigating stairs. I continued to help out how I could, but beyond acts of seemingly trivial labor, it was a battle he had to fight virtually on his own. His expressions and comments told that this ordeal had taken a mental toll just as heavy as the physical. Once he was medicated and moving, I was helping him fuel, arrange, and clean the boat and feeling comfortable enough with him to ask him about the spider bite he repeatedly referred to. With his response, things then immediately began to make sense, and snap into focus.

Between his restaurants and land development projects, Andre has spent most of his life traveling between Portland and Mexico. On one particular trip in 2002, he was bitten in the lower right leg by a Brown Recluse. Brown Recluse bites are notorious and always very serious, but Andre's was greatly compounded by the venom going directly into a vein, and his blood stream. The swelling and tortuous pain Cody and I witnessed was the direct result of having Brown Recluse venom pumping through his veins for 7-years raising hell with his system. It was now at the point where the infection was attacking the bone in both his leg and hip. Andre was quick to point out that 83% of Brown Recluse victims either die or lose a limb and, beyond the swelling and pain, all his other physical problems we were witnessing were a direct result of the bite.

Not so long ago, Andre was quite robust. He proudly bragged that he had climbed mountains, and had several impressive pictures of his team climbing, if memory serves, Mt. McKinley displayed on his wall to prove it. Being a bit of a gear head, one of the first things I noticed upon arriving was the prominence of outdoor-gear around his home. Jackets, base layers, pants, etc., in addition to exercise equipment and bikes. I thought these were odd things for a man his size to have, but things clarified when he explained that his weight gain was a direct side-effect of the medications he took to treat the infection and pain. It had caused him to "blow up like a balloon," and he "fucking hated it." 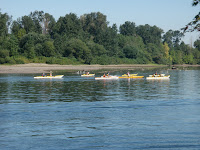 Finally, Andre confessed that the trip to Canada was not just fun and games. He was undergoing a very "invasive" procedure in Vancouver to treat the infection, then flying off to England to undergo experimental treatments; to be a "guinea pig" and hope for a miracle. Until hearing this, I didn't realize the gravity of the situation. This was NOT going away. Unless there was the aforementioned medical miracle, this was going to continue ravaging his system until it killed him. This was the reality that he saw in the mirror everyday, and one that was getting frighteningly close. I learned later that the doctors were speaking in terms of three or four years. With that in mind, it's remarkable how upbeat and positive he was. He seemed to be attacking fate the best he could, by keeping faith and hoping for the best. I was impressed with his attitude, and for a brief moment he began to show a tiny bit of the foundation of what some consider eccentric behavior for a man in his position. He was determined to enjoy the time he had left. Don't like it? Well then, you could just go fuck yourself. Twice.

Suddenly, everything fell in line. The liquidation of his stateside businesses and properties in Mexico, his carefree attitude toward life and money, and the at-first-seemingly frivolous philanthropic attitude of "Making Magic Happen" and the "How can I be of maximum assistance to you?" question. Andre had experienced an epiphany. 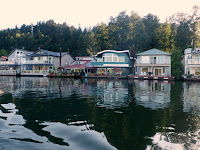 One apparently similar to mine in its end, but quite remarkable in its nexus. After all, it's easy to be philosophical about money when you have none to lose! But, here was a man who was well past wealthy coming to the realization, and verbalizing it, that "stuff" is overrated! He would know better than most, and wanted to put what he had to good use. I wondered to myself, "Why does it so often take the face of Death to trigger such the intense, raw introspection that eventually leads to this realization?" And, I was quietly thankful that it hadn't taken this for me; somehow I have always had it. Eckart Tolle had written on this very phenomena in A New Earth, and now here was a shining, staggering example standing in front of me. Admittedly, this was a selfishly significant partial validation of the ideas I had spent countless hours exploring and writing about and I desperately wanted to have this conversation with him! But, it would have to wait. There was business to attend to today starting with, of all things, my teeth.

Andre had asked me the "maximum assistance" question a time or ten but, to be honest, I had no idea how he could be of any service to me, despite his affluence. It was a line of thought I was neither used to nor comfortable with, so I had left the question open. Andre took the initiative, and dropped the bombshell that he intended to fully replace my damaged teeth with full Titanium sockets. He was strongly of the opinion that they severely hindered my confidence and that once I had a "brand new smile," my life would radically change for the better; doors would fly open and I believe he even thought magic dental-doves would fly from my rectum! He really thought this was of supreme importance! Our conversation earlier had disclosed what I believed was the nature of Andre's interest in my dental health the previous day. Because of his medication-induced weight gain, he knew about feeling self-conscious about your appearance, and believed he had sensed that it in me almost immediately.

He was probably right. I spent nearly 4-years of my early 20's with no top-front teeth at all, and being a naturally vain person, this created a poignant awareness of its effect on my appearance. An effect that, even 15-years after the replacement bridge was inserted, has remained. During that time in the early 90's, I instinctively developed the habit of covering my mouth when I laugh, and often still find myself doing it without even realizing.

Some have noticed that I rarely smile in photographs, and this is another symptom of this now-subconscious wariness of my teeth. The bridge has never fit properly, and now the two teeth on either side are still in need of root canals. Together, one terrible, anger-induced decision, neglect and a lack of insurance, have conspired to cause me much orthodontic grief!

When Andre offered this, I was of course speechless. I had been dealing with this for nearly 20-years, and now he wanted to fix them at a cost I estimated to be nearly $10,000. Initially, I thought that I would be a goddamn fool not to accept his offer, and watched in stunned silence as he immediately called his dentist to set an appointment for my evaluation. When Andre finally reached the dentist, he learned that the following Wednesday was the soonest he could possibly see me, but even that would be uncertain until he returned to work Monday. With Andre and Cody planning on departing for Vancouver Sunday, it seemed from the very outset that this procedure would be complicated logistically. Details would have to wait.

Then, Andre suddenly instructed us to stop what we were doing (which wasn't much!), and to pay close attention; he was about to show us "how to make a million dollars." He cleared the patio table, grabbed a piece of construction paper, and over the next 90-minutes detailed what he had done to break several developmental-stalemates with the Mexican government, leading to the massive sale of his properties to Cargill, Inc. His formula was not complex but had been overlooked by other developers, who owned properties adjacent to his. Once his plan was devised, he managed to bring the other seven land-owners on board, and 10-years later they collectively sold to Cargill for something close to $2.5 Billion. 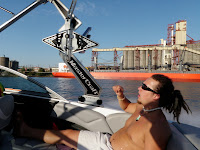 When he had finished, my mind was ablaze with ideas, and Andre made sure to let Cody and I know in quite a serious tone that this was a $100,000 lesson! His formula told much about how Andre thought and, in my opinion, succeeded. It seemed to my inexperienced, simplistic mind that this was simply a matter of understanding how the game is played, being in-tune with the game's changing rules, and finally understanding these things and then bringing them all together while aggressively exploring outside the "accepted norm' for solutions. These are blanket concepts that I seek out and understand well, albeit on other planes, and greatly respect in others. This conversation also brought front & center a clear, developing indication that the last week had shown the possibility of remarkable, alternate personal trajectories through simple, chance interaction and the exchange of ideas.

From my conversation with Lynette and Dave regarding scuba diving, to Zeno's insights on how to find alternative employment, it appeared that there was now a metaphysical movement afoot to encourage me to begin seeking these "abnormal, aggressive solutions!"

Evening was fast approaching, and it was soon time to get to 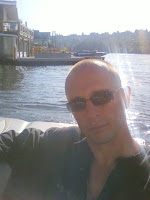 Mark's on the Channel for Andre's meeting. It seemed that the idea had sprung from the fact that Karen's parent's anniversary was that week, and she wanted to hold a celebration for them at Mark's. Andre simply incorporated his gathering into this party, taking care of the details himself. I offered to play the part of photographer if he liked, and soon both Cody and I were being outfitted by Andre from his old wardrobe. Vagabonds as a rule don't generally carry acceptable casual dinner attire!
Posted by Todd X at 6:52:00 AM